The iGaming industry has seen quite a few advancements over the past decade in terms of online gaming development, but no one would expect that the world-famous software producer Evolution Gaming would change the industry with one of its latest titles – Craps. This live dealer version of the game has made an incredible impression on the iGaming world, since it was released in 2020 and added to the Evolution live dealer games lobby. In this live Craps review, you will learn more about the game and also what makes this game stand out from all other live versions of the genre.

The first impression is often the most important one, which is why Evolution has designed a Craps pit like no other. Not only the decorations on the set are looking absolutely stunning, but the table as well has also been designed to perfection. We do need to mention that in order to provide a genuine dice-throwing experience, Evolution Gaming has incorporated an actual dice-throwing machine that performs a proper throw, which bounces off the opposite end of the table. Evolution Gaming is known for the impeccable quality of their streaming services, which is why this Craps game looks ever so impressive on both computer monitors and mobile device screens.

Evolution’s live Craps features a standard virtual betting field, which is overlayed over the footage of the video stream. During the course of the game, the betting field will visually change in order to accommodate a better viewing experience of the game. Because this game is of the live dealer variety, it won’t have an available demo mode; however, Evolution Gaming does offer an instant RNG version of the title that comes close to the real deal.

When playing Craps live, you will need to be mindful about the pace of the game – since the majority of processes in this game are automated (such as the throwing of the dice, distributing winnings, calculating results, etc.), you can expect gaming rounds to change swiftly. 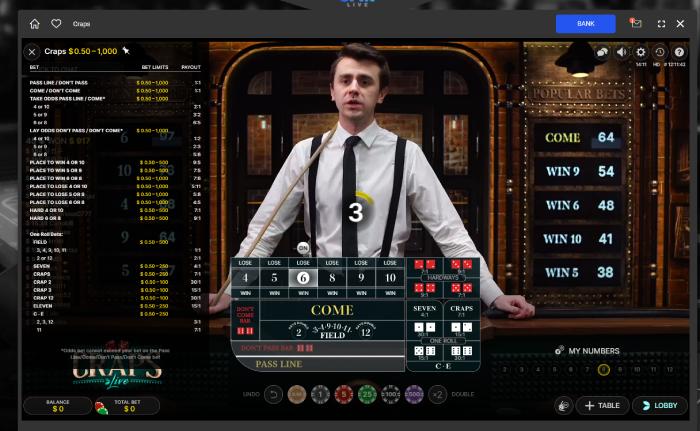 What to Know before You Play Live Craps Online 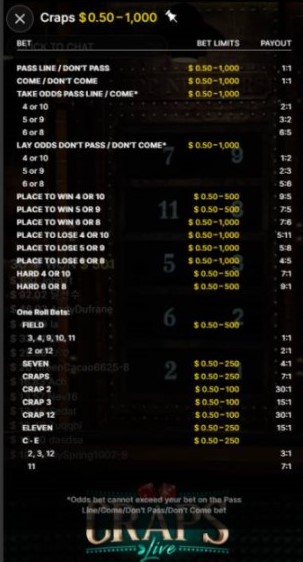 The best craps strategy of every seasoned player always consists of one major point – research. Before placing your first real money bet, make sure that you study the craps variant you’re interested in. People interested in Craps will be happy to learn that the game is based on the most standard set of rules native to the genre. The min-max betting limit here is $0.50 – $1,000 which allows both low and high-rollers to experience the game at their own leisure. The smallest payout odds here are 1:1 (for successful wagers that are done on the Come, Don’t Come, Pass and Don’t Pass lines). If a player is lucky enough to hit a Crap 2 or Crap 12, they will get a payout based on odds of 30:1.

Although the table has an overall wager limit, some of the different bet types here will have their own allowed wager values. The rule of thumb states that if the payout odds for a specific bet are big, then the maximum wager limit for that bet will be smaller. For example, the Crap 2 and Crap 12 bets will have a maximum allowed limit of $100. Just like RNG Craps, live Craps is considered to be one of the games with the highest RTP in the iGaming industry – which is calculated to be 99.17%.

Developed on Modern Software and Available on Many Platforms

The game’s impressive visual and audio quality stems from the fact that Evolution Gaming developed live online Craps on the software platform HTML. Known for its reliability and versatility, HTML allows live Craps to be run on the majority of existing devices, including computers, smartphones, and tablets. Although the game runs ideally on any Android, iOS, macOS, and Windows devices, there are two essential differences between the mobile and computer versions.

The first thing you will notice when you play live Craps online on your mobile device, is that the betting interface is presented in a much more “compact” manner than its desktop counterpart. The next more essential difference is that smartphone and tablet users won’t be able to adjust the visual settings to the highest possible quality. This has been implemented by Evolution Gaming, with the idea of conserving the mobile data of anyone who doesn’t have access to an unlimited broadband connection. 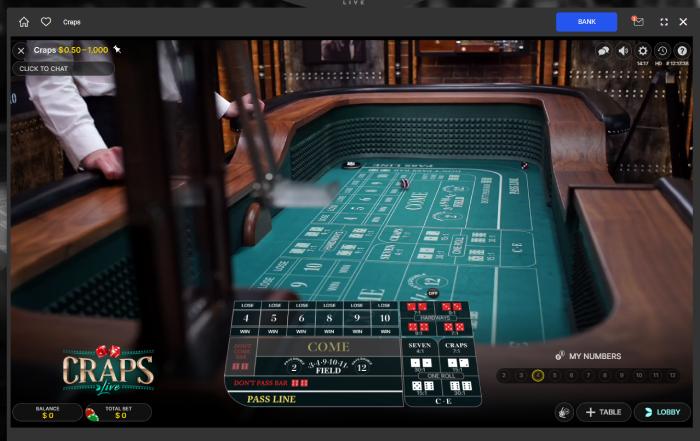 This Game Has Many Pros and a Few Cons

If you want to play live Craps online, it always helps to know in advance what is good or bad about a specific title, and live Craps doesn’t make an exception either. On the other hand, due to the fact that the game is produced by a famous company, the advantages in it are much more than the drawbacks. You can take a look below: 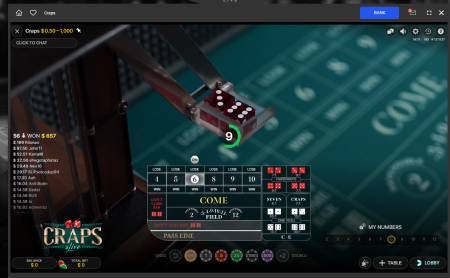 What’s Not So Great

One of the Greatest Live Craps Online

Ever since Evolution Gaming created live Craps and released it to online casinos worldwide, the game has become the most played version of this genre. While some other live dealer game developers came out with their own versions of live Craps, Evolution Craps has remained to this day as the most preferred version of this dice game. If you are able to access it, we recommend that you try it – its betting limits and fast-paced atmosphere will definitely come to your liking.